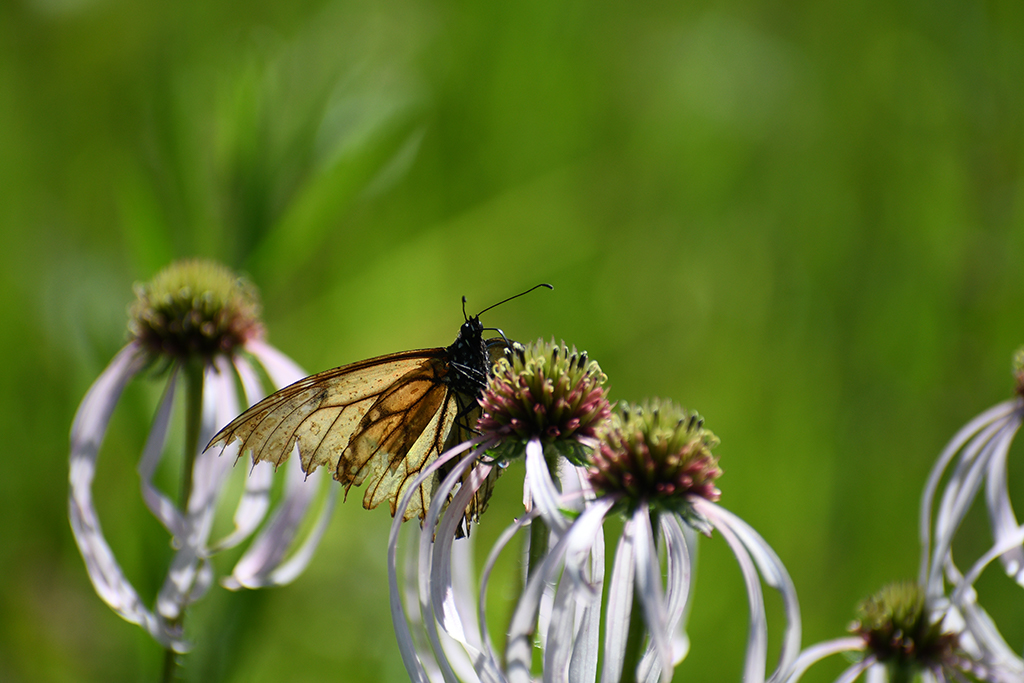 # Threats To The Monarch

Over the past two decades, monarch butterfly populations have declined significantly due to a variety of factors, including habitat loss and a lack of milkweed plants, the sole host plant used by the monarch during its egg and larval stages. Without milkweed, there will be no monarchs. Other factors in the decline include: habitat loss due to untimely mowing and herbicide applications, as well as, illegal logging of the overwintering grounds in Mexico, recent droughts, natural predators, disease, climate change, changes to production agriculture systems, and the protozoan parasite, Ophryocystis electroscirrha (OE).

One of the main focuses of the Arkansas Monarch and Pollinator Conservation Plan, in creating, enhancing, and restoring habitat across the state. “Monarch and pollinator habitat” includes a high-diversity of native flowering plants and native milkweed species to ensure a consistent and constant supply of nectar sources throughout the growing season and the monarch host plant. This is especially important in Arkansas because we lie within the spring and fall migratory pathway and spring breeding area of the monarch butterfly. Monarch and pollinator habitat also benefits other wildlife species, including: northern bobwhite, turkey, deer, and other pollinators.